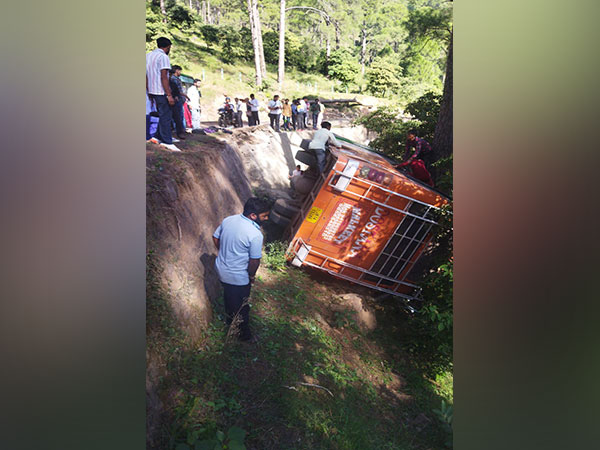 One person was killed and several others were injured after a passenger bus met with an accident in Udhampur on Monday.

The Jammu and Kashmir Police informed that the passenger bus was on its way to Udhampur from Moungri, Khor Gali. Visuals from the site of the accident at the Mansar Morh in Udhampur showed the bus lying toppled off the road.

"One person died and dozens more are injured as a passenger bus which was on its way to Udhampur from Moungri, Khor Gali met with an accident at Mansar Morh, Udhampur," the police said.

Further details are awaited.
Meanwhile, earlier this September 15, a bus fell into a deep gorge near Bhimber Gali in Rajouri on Thursday resulting in several deaths.

A day earlier on September 14, at least 11 people were killed and 26 others were injured when a minibus on its way to Mandi from Sawjian, met with an accident in Poonch. (ANI)