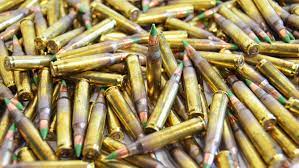 Army on Monday said to have recovered a cache of arms and ammunition, which also included two AK-47 rifles, from two militants slain during an infiltration bid in Machil sector in North Kashmir’s Kupwara district.

Addressing a presser, Colonel Puneet Chauhan CO 21 Mahar, as per GNS said; “Based on specific intelligence inputs received from JKP and other intelligence agencies on September 24, of likely infiltration attempt in Machil Sector, troops were put on high alert and joint ambushes of JKP and Army laid on likely routes of infiltration.”

“At around 7.30AM on September amid poor weather conditions, alert troops observed two armed infiltrators crossing the LoC near Tekri Nar, Machil”, he said adding, “the infiltrating militants were engaged by own alert troops, following which a firefight ensued, resulting in neutralization of both the militants.”

The pic used in the story is a file photo