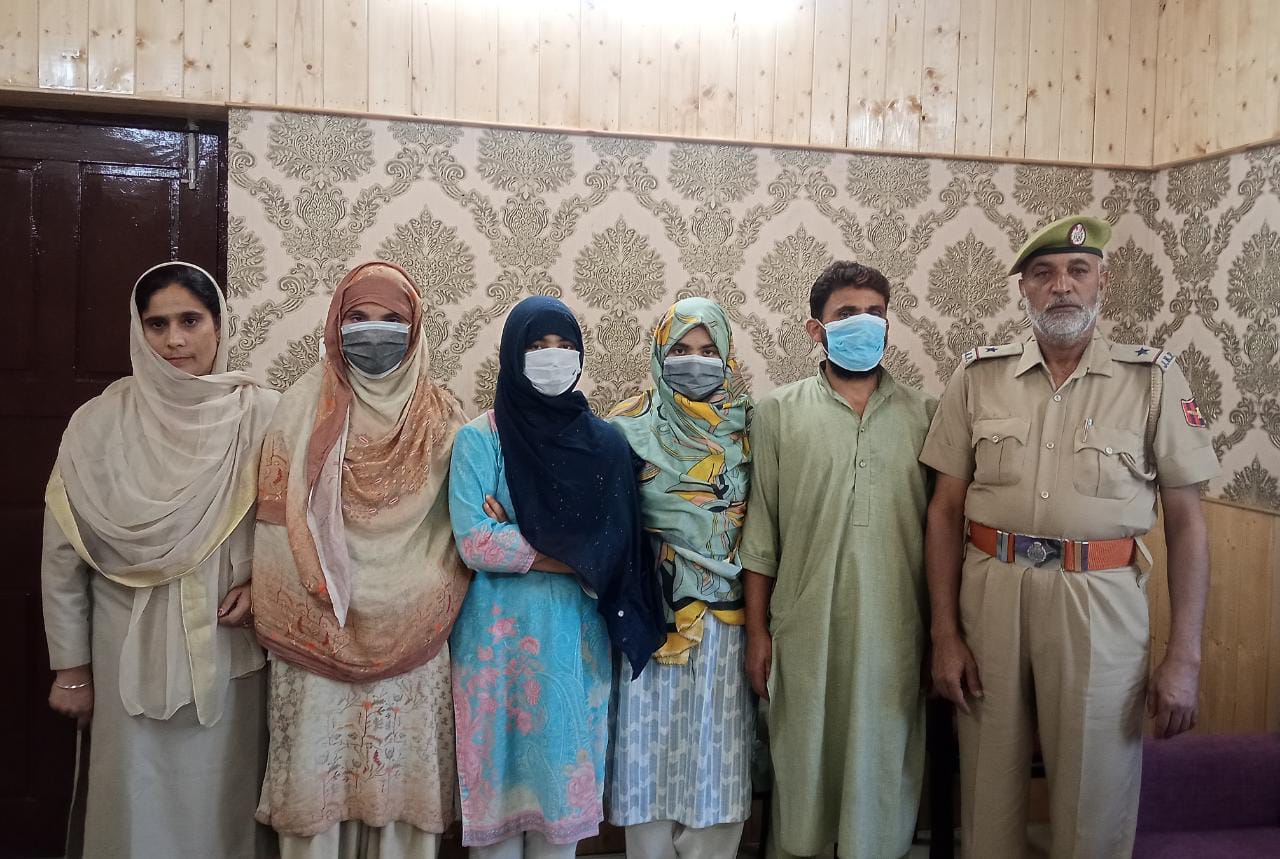 The Budgam police on Thursday said they had recovered two minors from Jammu.

The police said that on September 26, 2022, the Police Post Humhama received a written complaint from Shameema, a resident of Handwara presently at Humhama, stating that her two minor daughters, 15 years of age and 16 years presently residing in a rented house at Humhama, went missing since September 25, 2022.

" Upon this information, a case FIR number 337/2022 under relevant sections of law was registered at Police Station Budgam and an investigation was set into motion," the police said.

A special police team was constituted under the supervision of Division Officer Humhama Insp Imtayaz Ahmad to trace out the 02 minor missing girls.

The police team, acting swiftly, raided various locations. After strenuous efforts and working on various leads, the police team traced out both the missing minor girls from Bus Stand Jammu on Wednesday evening, and both the minor girls were brought safely to Budgam by Women Police and family members.

" After completing all legal formalities, the minor girls were handed over to their parents. "Further investigation into the case is going on," police added.