Cheers and slogans echo at Amit Shah's rally in Rajouri 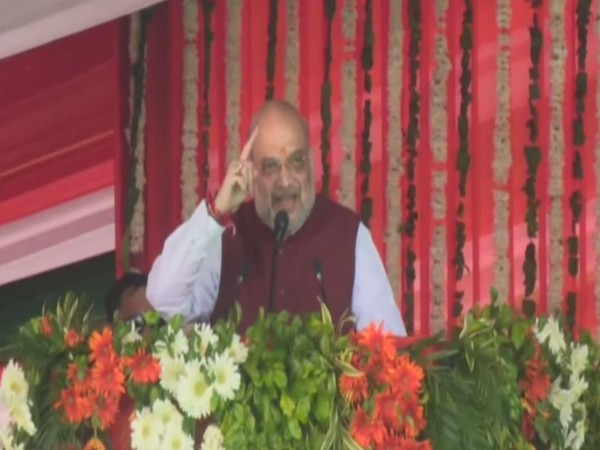 Union Home Minister and Minister of Cooperation Amit Shah addressed a public rally in Rajouri, Jammu and Kashmir on Tuesday.
He also jibed at the opposition over their stance on the abrogation of Article 370. The Home Minister started his journey at 10 am by offering prayers at Vaishno Devi temple.

The Home Minister will further launch development projects and also lay foundation stones for various projects at Convention Centre in Jammu.
On the second day of his visit on Wednesday (October 5), Shah will review the security situation in Jammu and Kashmir at a meeting that is slated to be held at Raj Bhavan in Srinagar.

Lieutenant Governor of Jammu and Kashmir Manoj Sinha, top officials of the Army, paramilitary forces, state police and civil administration will take part in this high-level meeting expected to begin at 10 am.

Shah will later address a public meeting at Baramulla around 11.30 am and will address the gathering.
Before concluding his visit to the Union Territory, Shah will also launch and lay foundation stones for various development projects in Srinagar around 3.30 pm. (ANI)

KU bans polythene in campus as ‘My Town, My Pride’ celebrations kick-off