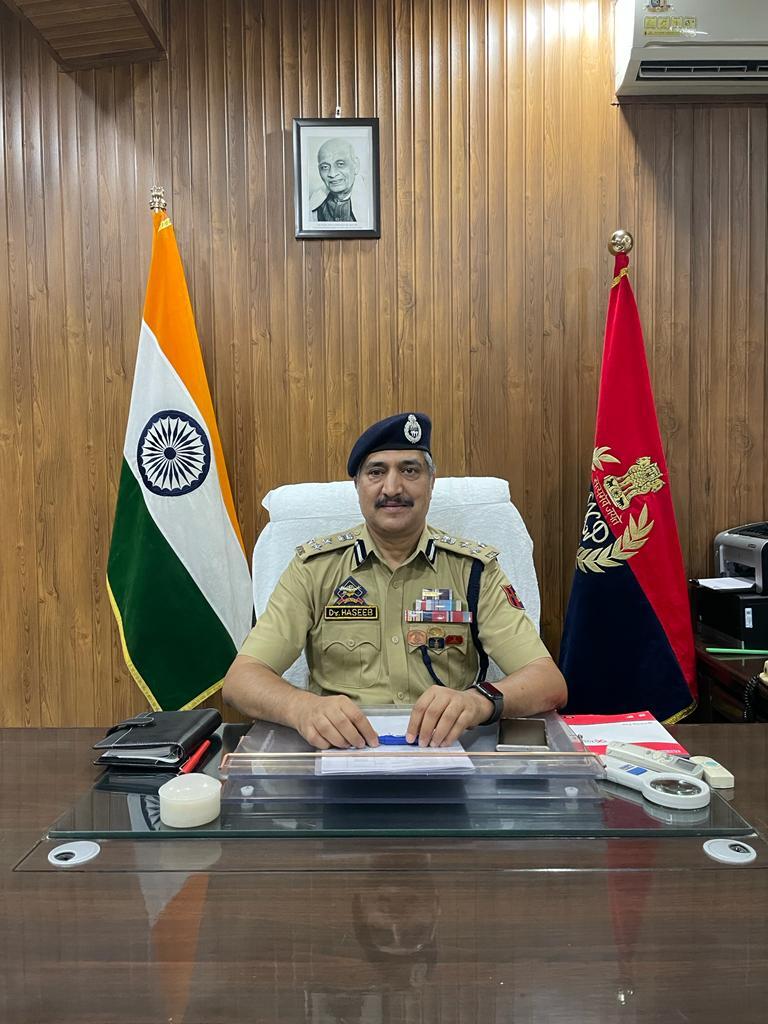 Re-emphasizing the fact that J&K Police is committed to prepare the young police officers to face any future Policing challenges, On 23-07-2022 Dr. Haseeb Mughal-IPS, DIG Rajouri-Poonch Range held an introductory meeting cum briefing session with probationer Sub-Inspectors at Conference Hall, District Police Office Poonch.
The meeting was also attended by Mr. Rohit Baskotra, SSP Poonch, Mr. Mushim Ahmed Addl. SP Poonch, Mr. Ankush Sharma Sr.PO DPO Poonch.
After a brief introduction with 27 PSIs, a detailed future plan of action was presented by DIG Rajouri-Poonch Range. The officers were appraised about the present security scenario and challenges for policing in the border district.
At the beginning, they were briefed about the Terrorism, drugs, bovine smuggling, infiltration and modus operandi being used by anti national/anti social elements.
The participants were informed about the traffic management, border smuggling issues and the ways to tackle all these challenges.
Probationer Sub-Inspectors were also emphasized to understand the role of different wings of J&K police and other sister agencies operating in the district. To understand and work for complete synergy among all such units/wings, as this is the need of the hour to keep the district peaceful.
Apart from this, a detail deliberation about the cyber crime, digital forensics and the investigation of special cases was made. The need to grow and upgrade knowledge, skill and proficiency as per the field requirements was also made clear to them.
He also enjoined upon them to use latest technical means and keep them abreast with technical, cyber, computer and digital forensics skills to meet the  future challenges with confidence and success.
At the same time they were briefed about the need to work for  healthy Police Public relations. Plan for organizing youth engagement programmes in the district to channelize the youth-energy in a positive way....
DIG RP Range said that such knowledge and skill upgradation sessions will be made a regular feature of the practical training of Probationary Sub Inspectors across RP Range.