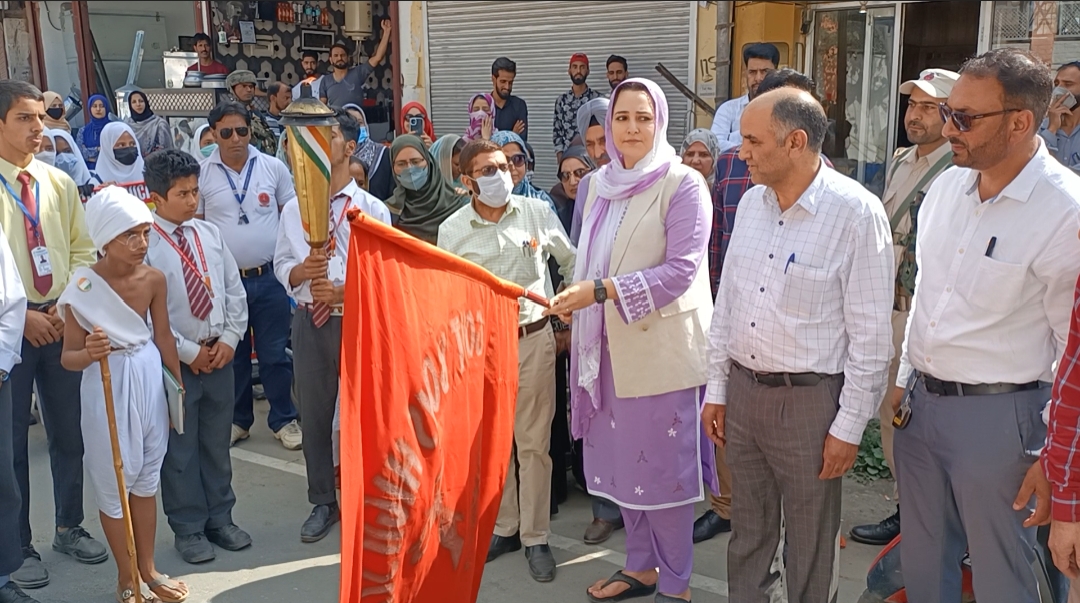 The event has been organised in view of the 153rd Birth Anniversary of Mahatma Gandhi being celebrated as Gandhi Mahotsav.

The Shanti March was organised to spread the teachings of Mahatma Gandhi to masses more specifically with regard to the Gandhian philosophy of truth and non-violence.

The Shanti March started at Deewanbagh High School where the Chief Education Officer Baramulla G M Lone handed over the Gandhi Mashal to the Deputy Commissioner in presence of Joint Director Planning M. Yosuf Rather.

On the occasion, the DC said that the Shanti Yatra is aimed to popularize the teachings of Mahatma Gandhi with regard to peace and universal brotherhood among the students, which is the need of the hour.

She added that this historic step will also generate awareness about our glorious history among the school children and the local people. She also commended the Education department for organising Shanti Yatra under the Gandhi Mahotsav programme.

Meanwhile, CEO briefed about the event and said that this is the first ever programme being organised across the educational institutions which is aimed at familiarizing the students as well as the masses about the teachings of the Father of Nation. He said the education department is conducting an array of activities under the said programme.