The whole area is a landscape of grassy slopes with a diversity of colourful flowers. 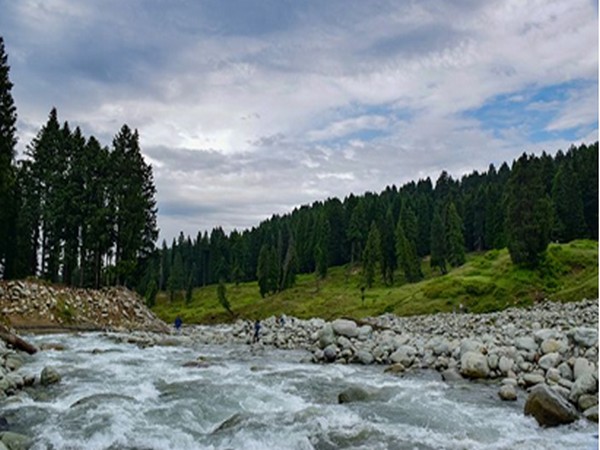 A new travel destination Doodhpathri in Budgam district has been introduced in the Kashmir valley from efforts by the tourism department of Jammu and Kashmir Union Territory.

Doodhpathri is located in the central Budgam district at an altitude of 8,957 feet above sea level. It is located at a distance of 42 km from Srinagar and 22 km from the district headquarters, Budgam. Many good places haven't been explored in the Kashmir valley as a result of which Doodhpathri (valley of milk) has been introduced as a travel destination.

According to a local, Manzoor Ahmed, the famous Kashmiri sage Sheikh Alam Sheikh Nooruddin Noorani prayed here and once when he was searching for water in the fields to pray, he hit his stick on the ground and milk came out. It was said that the milk turned into water that started flowing in this vast field of grass and hence the name of the place was read as Doodhpathhri. The water flowing in the Doodhpathri plains is still flowing there and looks milky from a distance. This water is very cold throughout the year.

The green grass on the vast plains and the silver streams flowing over the huge boulders add to its beauty.

The whole area is a landscape of grassy slopes with a diversity of colourful flowers. The famous Tusamidan is situated to the west of Doodhpathri.

Dudhpathri is geographically located in the PirPanjal range of the Himalayas, covered with snow-capped mountains and grasslands of pine and deodar. Natural grasslands, which are covered with snow in winter, allow for the growth of wildflowers such as daisies and buttercups during the spring and summer.

Doodhpathri has no permanent settlement and is inaccessible in winter due to heavy snowfall. In summer, shepherds from the plains of Budgam district bring cattle for grazing and stay seasonally at Doodhpathri for about six months.

Recently a festival was organized here by the government during which hundreds of tourists visited this tourist spot. The people living in the surrounding areas expressed their gratitude for the introduction of this place on the map and said that it has now provided them with employment opportunities.

A foreign tourist named Manoj Kumar described Dudhpathri as 'Mini Kashmir' and said, "there are many tourist spots in Kashmir which need to be brought on the tourist map and was glad to see Dudhpathri being developed as one." (ANI)