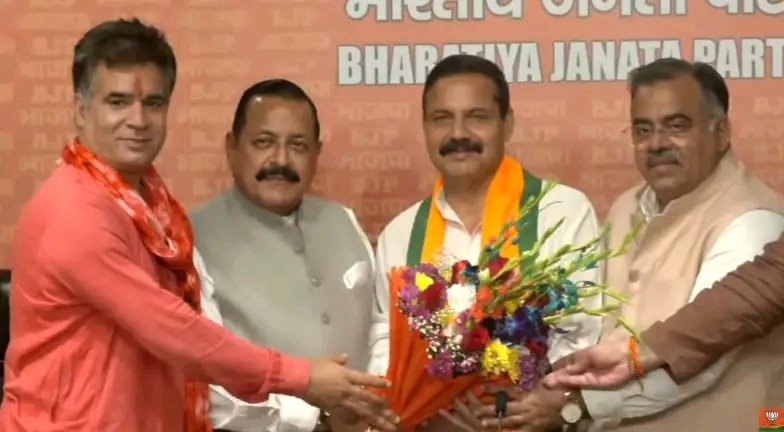 Last week on September 23, AAP terminated Mankotia from the party for anti-party activities. "It has come to our knowledge that you are involved in anti-party activities, mainly engaging with other national and regional political parties in J-K, not engaging or participating in any of the party's political activities and not performing any task given by the party for the last three months," AAP election in-charge Harjot Singh Bains said in a letter to Mankotia.

"The Legal Cell of Aam Aadmi Party is available to conduct the investigation at any point of moment, may collect the copies of publicly available social media posts or interviews & it may focus on any other such activity which ultimately defames the Patry causing harm to the reputation of the Party," the letter reads.

"Aam Aadmi Party nevertheless is more vigilant about those who distract members/co-volunteers from getting their work done or who cause other volunteers to feel uncomfortable or involved in any other anti-party activity. All volunteers; members are expected to treat each other with respect, any discriminatory language or conduct will not be tolerated," it said.

Party has taken serious note of these issues (anti-party activities) and after investigation, you have been found guilty. Therefore, your basic membership with AAP standards terminated from September 23," the letter stated. (ANI)