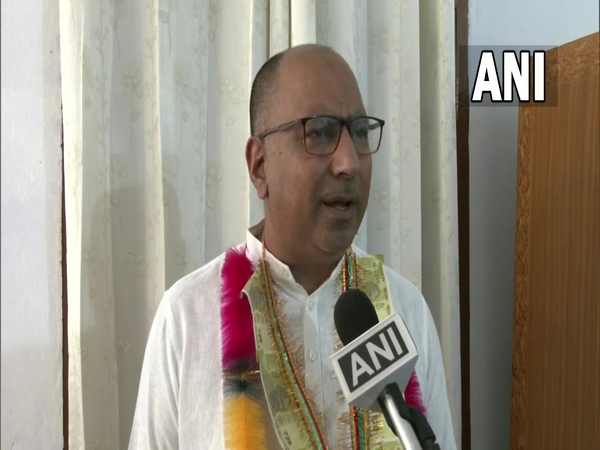 Gujjar leader from Kashmir Gulam Ali who has been nominated as a member of the Rajya Sabha will take oath on Wednesday at the Parliament House at noon.

President Draupadi Murmu appointed Gulam Ali to the Rajya Sabha on September 10. "In exercise of the powers conferred by Sub-Clause (a), of clause (1) of article 80 of the Constitution of India, read with clause (3) of that article, the President is pleased to nominate Shri Gulam Ali to the Council of the state to fill the vacancy caused due to the retirement of one of the nominated members," read a Union Home Ministry notification.

Meanwhile, the Bharatiya Janata Party lauded the appointment saying that now people from Jammu and Kashmir are being recognised after the abrogation of Article 370.

After his nomination, Ali said, "In BJP we don't work for position. I worked selflessly for the party and the party saw my loyalty, and work. I want to thank PM Modi. It's not my win but a win for the entire Jammu and Kashmir."

According to him, his nomination to Rajya Sabha is a victory for all communities.

"PM Modi said that when we come to power, we will empower those who do not have political power. PM Modi did what he said. This is not just a victory for the Gujjar community but for all communities," said Gulam Ali.

Meanwhile, the Bharatiya Janata Party lauded the appointment saying that now the Jammu and Kashmir community is being recognised after the abrogation of Article 370.

"The President on the recommendation of GoI has appointed Shri Gulam Ali, a Gurjar Muslim, from J-K, to the Rajya Sabha. This is a significant step assuming that prior to abrogation of Article 370, the community was literally not recognised and all social benefits to them were denied," BJP's IT Cell head Amit Malaviya said in a tweet. (ANI)