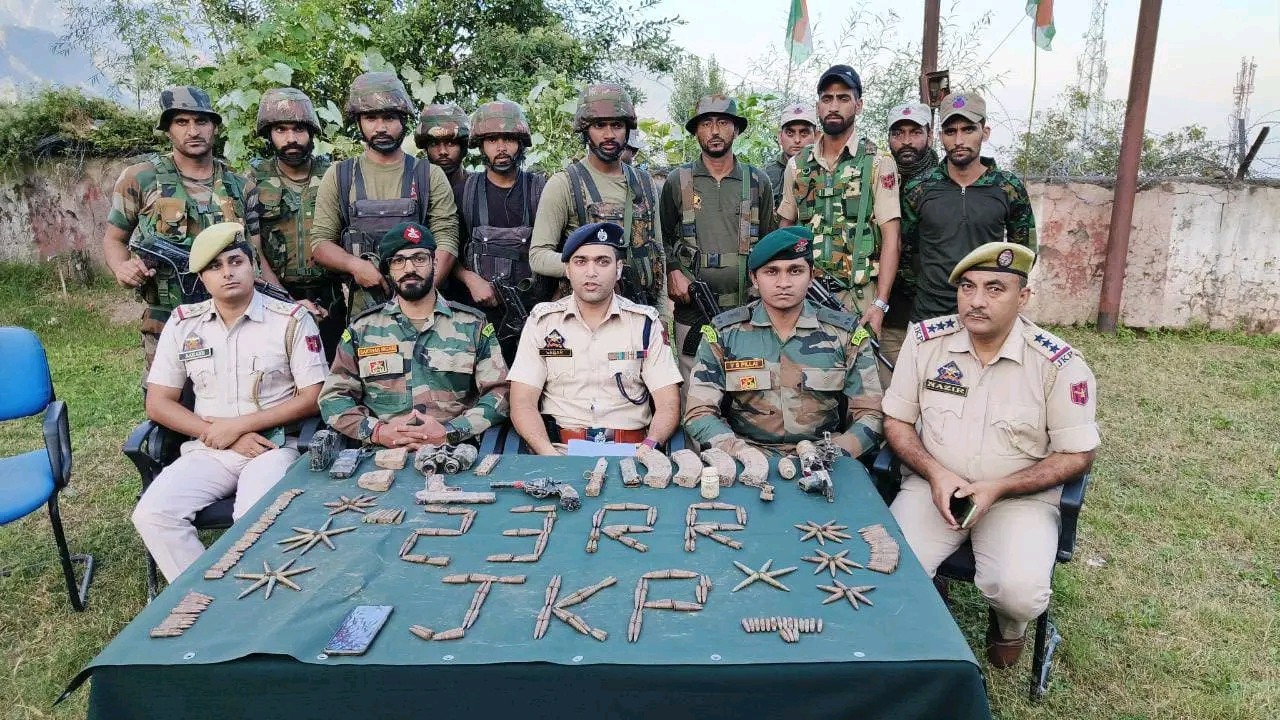 Jammu and Kashmir Police on Sunday claimed to have busted a terrorist hideout in forest area of Sangaldan and recovered huge cache of arms and ammunition.

A police spokesman said, koToday a joint search operation was launched on the specific input by teams of Police Post Sangaldan, Police Component Gool and Indian Army 23 RR in far flung forest area of Sangaldan and during search operation, a huge cache of arms and ammunition were recovered, the details of which are as follows:-

The spokesman said that FIR u/s 120-B, 121 IPC 7/27 Arms Act was registered in Police Station Gool and investigation set into motion.