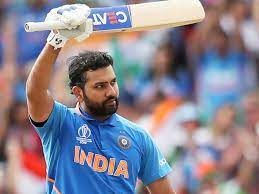 The second T20I match between India and South Africa was an entertaining run-fest with fans in Guwahati surely getting their money's worth, and it was also a record-smashing day for Rohit Sharma as a player and as a skipper.

Rohit Sharma became the first-ever Indian skipper to defeat South Africa in a T20I series at home. In 2015, India lost the T20I series 2-0 at home under MS Dhoni's captaincy. It was followed by a 1-1 draw under Virat Kohli's leadership in 2019 after the first match was abandoned due to rain. The drought for series win continued in late 2022, when India ended the T20I home series against Proteas with a 2-2 draw under the captaincy of Rishabh Pant as the final match was washed out due to rain. But now, India has an unassailable 2-0 lead over Proteas in the ongoing series.

The Indian skipper also became the Indian captain with the most consecutive bilateral series win in history, with a total of 10. His journey as India's full-time skipper started with 3-0 win over New Zealand in T20Is in November 2019. It was followed by 3-0 wins against West Indies in ODIs and T20is in February this year.

Rohit continued to sweep the opposition aside, winning 3-0 (T20I) and 2-0 (Tests) against Sri Lanka in February-March this year. His biggest wins as Indian skipper came in England, where he downed the hosts 2-1 each (T20I and ODI) in July. In July-August this year, the Indian skipper continued his winning ways with a 3-1 win against West Indies in their own territory.

Recently in September Rohit won the T20I series against Australia at home 2-1. Lastly, India has a 2-0 lead over South Africa in this ongoing T20I series at home, with one match to go.

The Indian skipper stepped to the field playing his 400th T20 match and became the only Indian to accomplish this landmark. He made his international debut in the format in September 2007 and since then has established himself as a vital part of line-ups of Team India and Indian Premier League (IPL) franchise Mumbai Indians, with whom he is a five-time IPL champion.

The knock helped the Indian skipper create another record of becoming the first-ever Indian captain in history to smash 500 T20I runs in a calendar year.

Coming to the match, India was put to bat first by Proteas and they scored a massive 237/3 in their 20 overs. Explosive knocks from KL Rahul (57 off 28 balls), Suryakumar Yadav (61 off 22 balls) and Virat Kohli (49* off 28 balls) helped the Men in Blue reach this total.

Spinner Keshav Maharaj was the only bowler who looked good for Proteas, taking 2/23 in his four overs.

Chasing 238, South Africa lost opener Temba Bavuma and Rilee Rossouw for a duck, thanks to pacer Arshdeep Singh's (2/62) opening spell. Aiden Markram and Quinton de Kock formed a 45-run stand before Markram was dismissed by Axar Patel (1/53) for 33 off 19 balls.