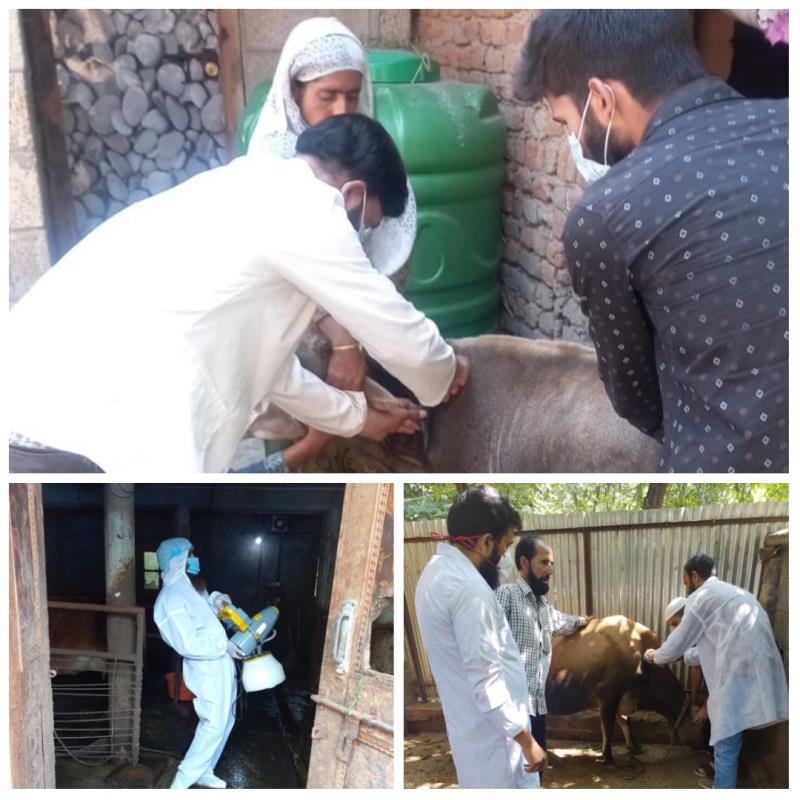 Following confirmation of Ist Lumpy Skin Diseases (LSD) cases in Anantnag on 13th of August, 2022, the ring vaccination has so far administered 5900 to arrest the spread.

Dr Nisar also said that at present, some 91 samples have been sent for testing of which 25 of 38 sample reports received are positive.

He said that a district level control room has been set up. He said 30 RRTs headed by Veterinary surgeons have been set up for surveillance/ reporting/ treatment. These teams also carry out fogging/ spraying of animal sheds for vectors.

The CAHO said that constant vigilance is being maintained on the situation at the ground level and the department is fully committed to prevent the spread of disease. He said that staff has been directed to remain available 24x7 for the service of livestock owners.