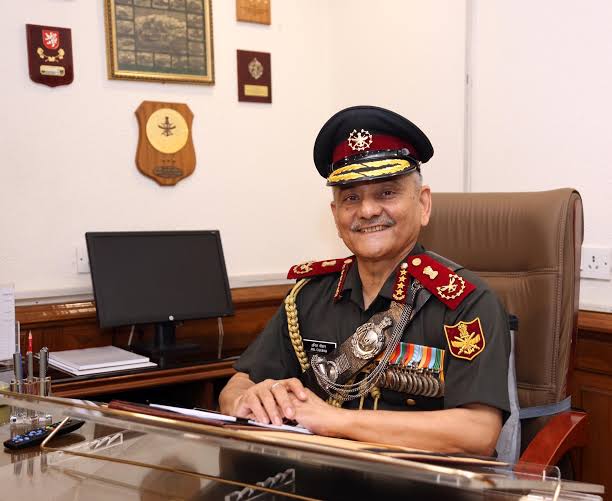 The Government of India on Wednesday cleared the appointment of Gen Anil Chauhan as the second Chief of Defence Staff of Indian defence forces.

His appointment as the new CDS came around 10 months after the death of his predecessor Gen Bipin Rawat, who died in a Mi-17 crash over Nilgiri hills in Tamil Nadu while moving towards the Defence Services Staff College there. Sources in the security establishment said that the government had seen the mettle of the officer during his various stints in the Army and post-retirement too.

Talking about the role played by Gen Chauhan in service, sources said that he was the Director General of Military Operations (DGMO) of the Indian Army at the time of the Balakot air strikes on February 26, 2019.

After the strikes, the Gen Chauhan as the DGMO at that time carried out the deployment of troops to deter the Pakistan Army from attempting any misadventure on the ground.

The Indian Air Force had successfully fired missiles on terrorist infrastructure created inside Pakistan. However, the Jaish-e-Mohammed (JeM) facility was the main target of the aerial strikes mainly involving the Mirage-2000 fighter aircraft where terrorists had gathered for training.

In his role as the Eastern Army Commander when the Chinese Army showed aggression along the Northern borders in Eastern Ladakh, sources said that the Chinese had deployed their troops in the forward locations all along the sector.

"Gen Chauhan as the Eastern Army Commander being responsible for the areas stretching from the Chicken's Neck in West Bengal to Arunachal Pradesh carried out the force buildup all along the Eastern sector of the LAC," they said.

"The buildup was done by remaining below the radar and kept formations including the 17 Mountain Strike Corps at the forward positions to keep adversary confused on Indian reaction to any possible misadventure by them," people aware of the matter said.

The deployment and force match-up by Eastern Army helped in keeping the Chinese in check in their territory without any major incident except for a few instances including the one in Nakula in North Sikkim.

After his retirement in May 2021, Gen Chauhan was appointed as the Military Advisor to National Security Council Secretariat and was also deeply involved in building India's stand on the Line of Actual Control (LAC) in talks with the Chinese at the Corps Commander level. He was also a part of the discussions at the China Study Group level to decide on the country's stand in the talks.

As a result of the tough stand by India on the LAC issue, troops of both countries disengaged from the friction points in eastern Ladakh created after the May 2020 unilateral aggression by the People's Liberation Army. (ANI)