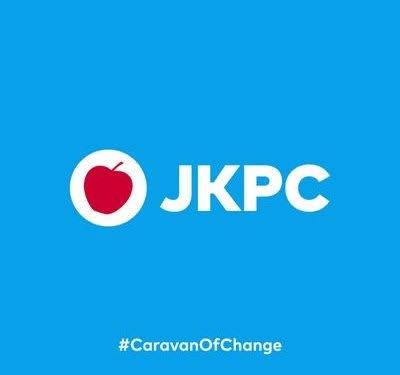 Jammu and Kashmir Peoples Conference (JKPC) on Monday expressed grave concern over the halting of apple-loaded trucks on Jammu- Srinagar national highway, terming such a situation lethal for Kashmir’s economy in more ways than one.

In a statement issued here, former legislator and senior JKPC leader Mansoor Hussain Sohrawardhy said that a thousands of trucks loaded with high-quality apples is stranded on the highway for days together, ruthlessly damaging the prized fruit. He added that Horticulture is considered the backbone of Kashmir's economy and there are an estimated 144,825 hectares of land dedicated to apple-growing in the region. The apple industry annually produces 1.7 million tons of apples and their exports have been valued at INR 6000 crore. “The highway situation as being witnessed today was never ever witnessed in the past. It used to be a priority of the successive regimes to ensure safe passage of the apple trucks on the highway so that they could reach their respective destinations without delay. However, the present regime seems to be unaware of the sensitivity of such a vital sector. Keeping these trucks halted for days on the highway amid soaring temperatures is calamitous to the core. There is a notion pervasive on the ground that the government is putting the apple industry directly into dire straits. Instead of passing the buck, the government must walk the talk and ensure the safeguard of the apple industry in Kashmir. The way situation is handled at present, it is inching towards doom,” Sohrawardhy said.

The PC leader added that the apple growers have been battling all odds with the floods of 2014, unseasonal snowfalls, and lockdowns have been wreaking havoc on the industry. He added that the government’s indifferent attitudes will plunge it in crisis. “The need of the hour is that the LG admin must come to the rescue of the crises stricken fruit growers on priority. The Sooner the better,” Mansoor said.