Jammu and Kashmir Police officials on Friday held a meeting to ensure fool-proof security of the pilgrims in view of the forthcoming Navaratri festival. 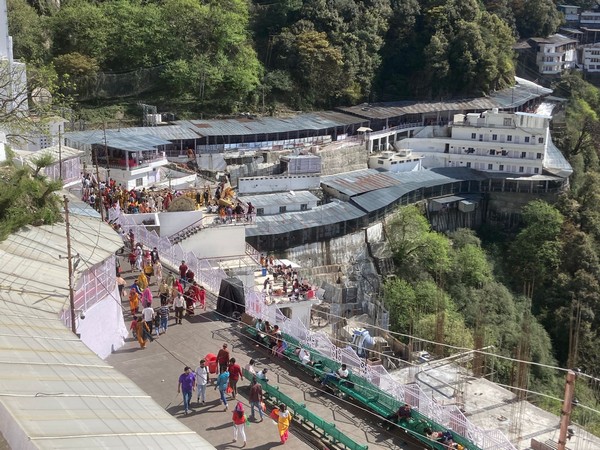 Jammu and Kashmir Police officials on Friday held a meeting to ensure fool-proof security of the pilgrims in view of the forthcoming Navaratri festival.

Deputy Inspector General (DIG) Udhampur-Reasi Range Mohd Suleman Choudhary headed a security review meeting at Katra in view of the visit of pilgrims to Shri Mata Vaishno Devi Shrine Katra. The meeting emphasized ensuring fool-proof security of the yatris at track upto Bhawan and the direction has been given regarding this.

"The troops will carry out checking of all the suspected people so that no unwanted elements are allowed to indulge in any kind of criminal activities or any action which may prove prejudicial to the security of the area, besides this joint long-range patrols of JKP and CRPF have also been launched round the clock in the entire area of Katra and Bhawan and its surrounding areas," the official informed.

In the meeting Senior Superintendent of Police (SSP) Reasi Amit Gupta presented a detailed security grid in place for Katara town and discussed various security measures going to be placed.

DIG highlighted the major challenge for the deployed security forces in the coming days and stressed frequent verification and census of migrants in and around Katra town.

He also reviewed each and every security drill of the Shrine, yatra enroute, safety and security of pilgrims visiting to pay obeisance to the Shrine on a daily basis and the massive volume of visitors during the festival and directed to conduct joint security drill with CAPF for the security of the shrine and mentioned it as the top priority of police of this jurisdiction.

Character antecedents pony porters and other people entering the town should also be checked on priority required to segregate the suspicious elements.

DIG also directed to conduct checking of the hotels and other residential accommodations regularly for verification of character antecedents of the person visiting there.

All concerned officers were further directed to revisit the list of OGWs of the Police Stations and monitor social media including Facebook, and WhatsApp to curb the new pattern of radicalization.

Prior to RIFD system, the yatra parchi system was available for Pilgrimage available online and on the counter. Under this new project, CCTV cameras have been installed at 40 new locations and 7 verification counters. A new Control centre has also been set up. (ANI)

The pic used in the story is  a  file photo