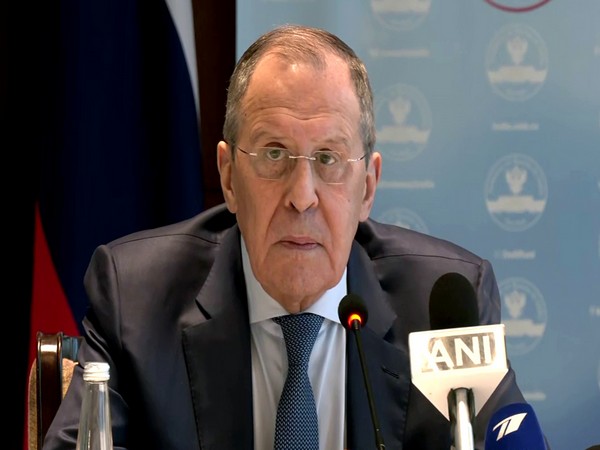 While addressing the 77th United Nations General Assembly, Lavrov said, "We see prospective of making Security Council more democratic via representation of countries from Africa, Asia & Latin America. India and Brazil, in particular, are key international actors and should be counted for permanent membership in the council." While addressing the Assembly, Lavrov accused Western countries of "throwing a fit" over the referendum that is being conducted in Russian-controlled areas of Ukraine on becoming a part of their federation.

The Russian Foreign Minister said the crises surrounding the war were growing, and the international situation was rapidly deteriorating, but instead of having an honest dialogue and searching for a compromise, the West was "undermining confidence in international institutions" and encouraging negative tendencies within the United Nations as well, according to UN News.

He said the United States was trying to turn the whole world into its "backyard", and together with its partners, punishing dissenters from its world view, through what he called "illegal unilateral sanctions" which violate the UN Charter, and hurt poor citizens in poorer countries, targeting their medicines, vaccines and food imports.

Earlier, India with 31 other countries in a joint statement on reforms stated that an expansion of the Security Council in both permanent and non-permanent categories, as well as reform in its working methods, is indispensable to making this body more representative, legitimate and effective, delegations reiterated.

The signatories of the joint statement stated that they reaffirm that adapting the United Nations to contemporary world realities necessarily requires urgent and comprehensive reform of the Security Council, the principal organ for international peace and security.

According to the statement, the heads of delegations were convinced of the need to restore faith in effective multilateralism, "we stand united, as a group of pro-reform like-minded States, determined to work towards a more inclusive, responsive and participatory international governance architecture," the statement reads.

"We further recognize that lack of progress in Security Council reform has serious implications, not only for the continued relevance of global governance institutions but also for global peace and security and delivering on the purposes, principles and promises of the United Nations Charter," it added.

The head of delegations recognised that a reformed Security Council must better reflect the contemporary United Nations membership, including through enhanced representation of Small Island Developing States (SIDS), which comprise approximately 20 per cent of the United Nations' membership. (ANI)