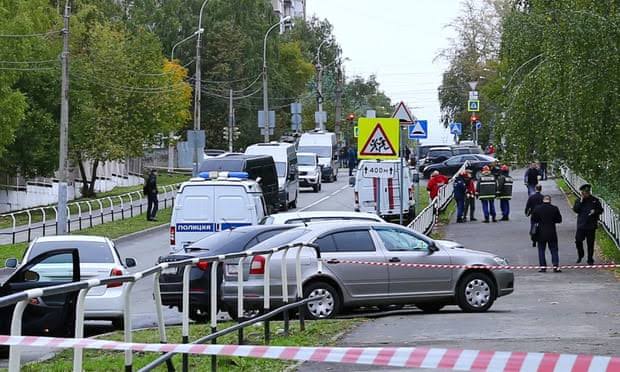 At least 13 people were killed, including seven children, in a shooting at a school in the city of Izhevsk in central Russia, investigators said Monday.

As per reports Death toll in school shooting in Russia rises to 13, including 7 children.

"Today, the police received a report about a shooting at School 88 in Izhevsk. Police officers immediately set out to the scene. Measures are being taken to apprehend the suspect," the law enforcers were quoted as saying by the TASS news agency.

The 25-year-old shooter was immediately detained. A criminal case has been initiated against the suspect who is a resident of Ust-Ilimsk.

Further investigation is underway and more information is awaited in this regard. (ANI)