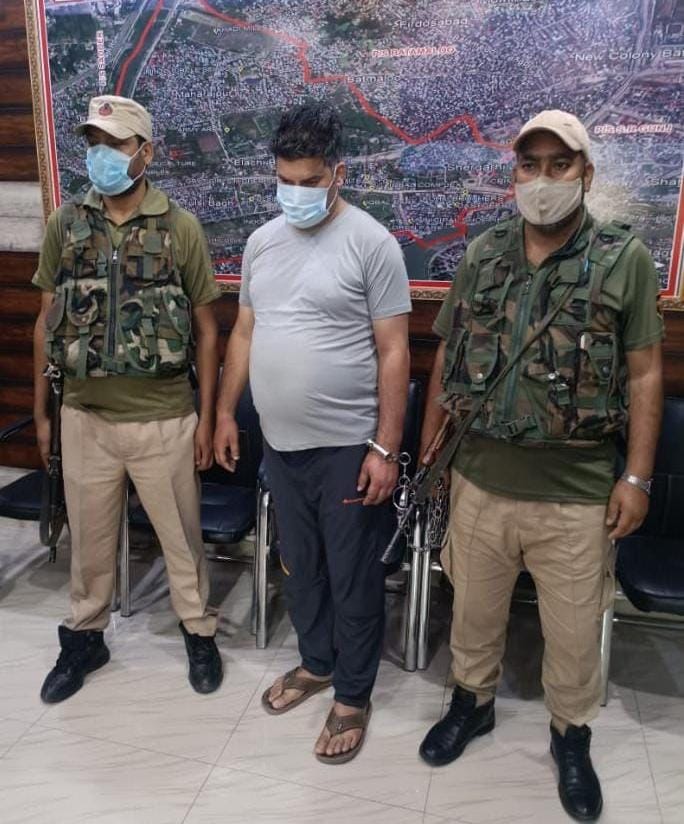 On 30th September 2022 Srinagar police arrested a self proclaimed journalist Nadeem Ahmed Ganie @Nadeem Nadu S/o Mukhtar Ahmed Ganie R/o Qazibagh, Anantnag in a rape case. On a complaint received from a girl (name withheld) that the accused lured her through his whatsapp group made for people seeking help, forced her into a sexual relationship with himself after fraudently sedating herself in course of that help. The victim also alleged that the accused took her objectionable pictures after sedating her and used these to blackmail her into forced sexual Intercourse many times.

The accused also took her gold ornaments in course of blackmailing her. Pertinent to mention the lady was a student in an institution in central kashmir at the time of the occurrence of this crime.

Investigation is undergoing in the case to unearth more facts and some more allegations made by the victim in this case. Keeping in view the heinous nature of the crime, an SIT has been constituted headed by Owais Wani JKPS DySP Headquarters and comprising of Sleet Shah JKPS, DySP/PC, Khalida Parveen, SHO women PS and ASI Mohd Yousuf Shah as members.

Srinagar Police assures all its citizens that crime against Women will not be tolerated at all and stringent punishment will be given to those involved.